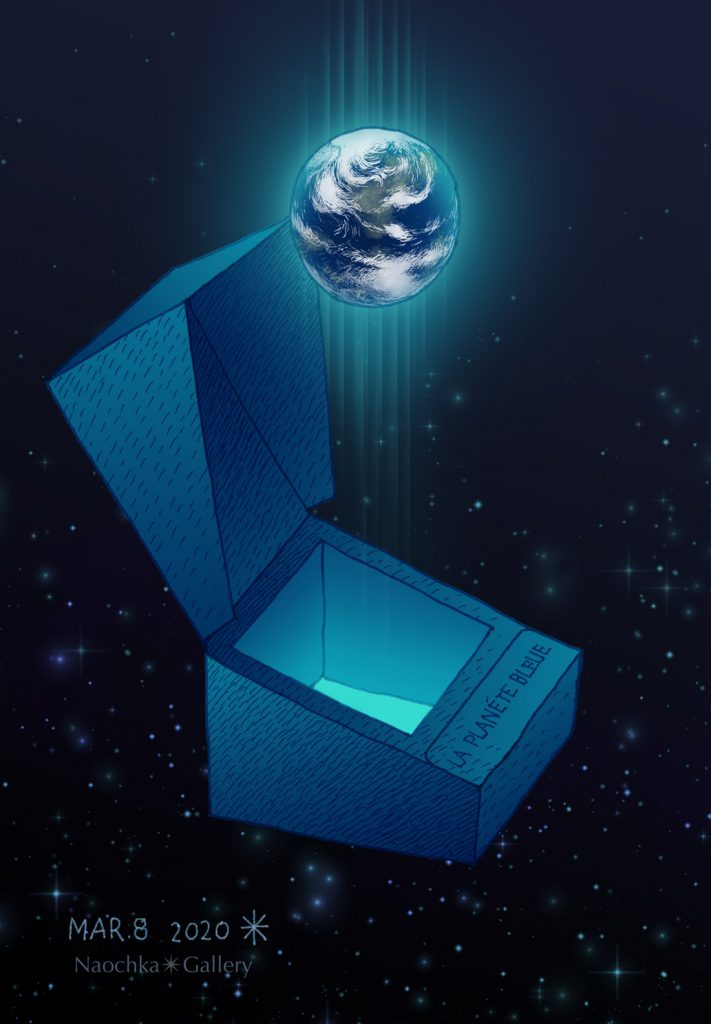 This is my recent doodle inspired by a gift from my friend, which was a beautiful chocolate called “Gaia”. (Product of Chocolat Foucher, Paris) I started drawing this with the image of floating earth and galactic background.

When I first finished it with pen, it looked quite simple because I left the earth blank for later painting. Then, I scanned it and started coloring with Photoshop. Actually, doing the “earth” part was the most fun!
I did all the details of clouds freehand using pen-tab, and for the continents I used my original mixed-color brush. The whole process was quite primitive but the outcome of “satellite-looking image” was more than I’ve expected.

In Japan, Foucher’s planets chocolate series are only available during this season of the year (mainly for Valentine’s day). As you can see in the photo below, the chocolate is really beautifully made. I would feel guilty when I taste such a piece of art.